The impressive ruins of the Emperor Titus' villa. It appears as a wall for a large terrace but behind it hides large empty spaces, probably tanks: Marco Terenzio Varrone speaks of a play of water that covered the wall. The foundations of the actual villa are located upstream of the dam. It is not excluded, therefore, that it was an artificial basin that perhaps also had a theatrical function, seen that in the tanks seems to identify those vertical grooves for the freight elevators that are located under the arena of the Colosseum. It may be that sets were brought out of the water, gods or whatever. It should be remembered that it was Tito himself who completed the construction of the Colosseum, with its complex scenic machine.

The ruins from above and on the left a farmhouse, restored to a design by the group Spazi Consonanti, to make it a sort of small museum of the memory of the place with adjoining guest quarters for scholars and archaeologists. 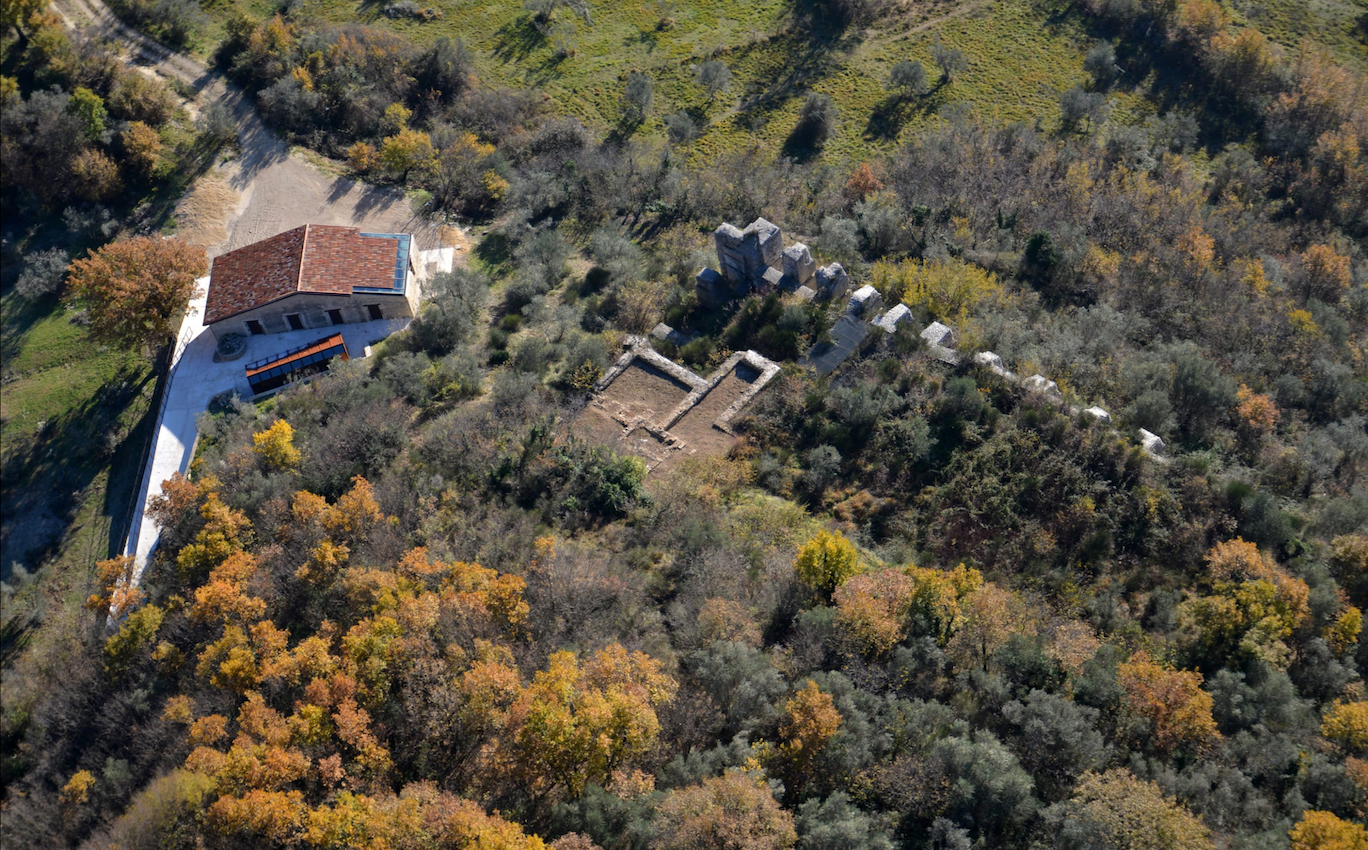 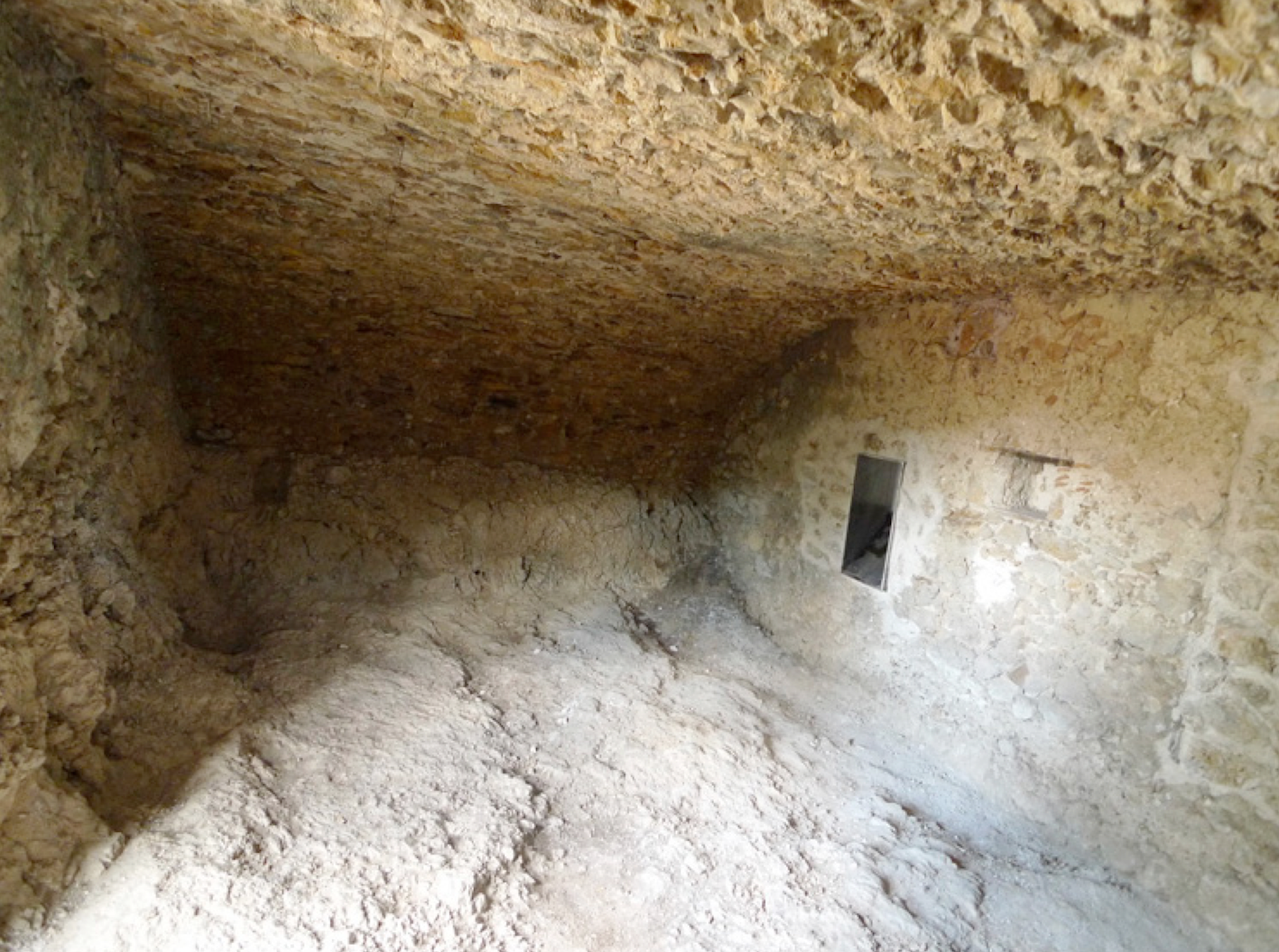 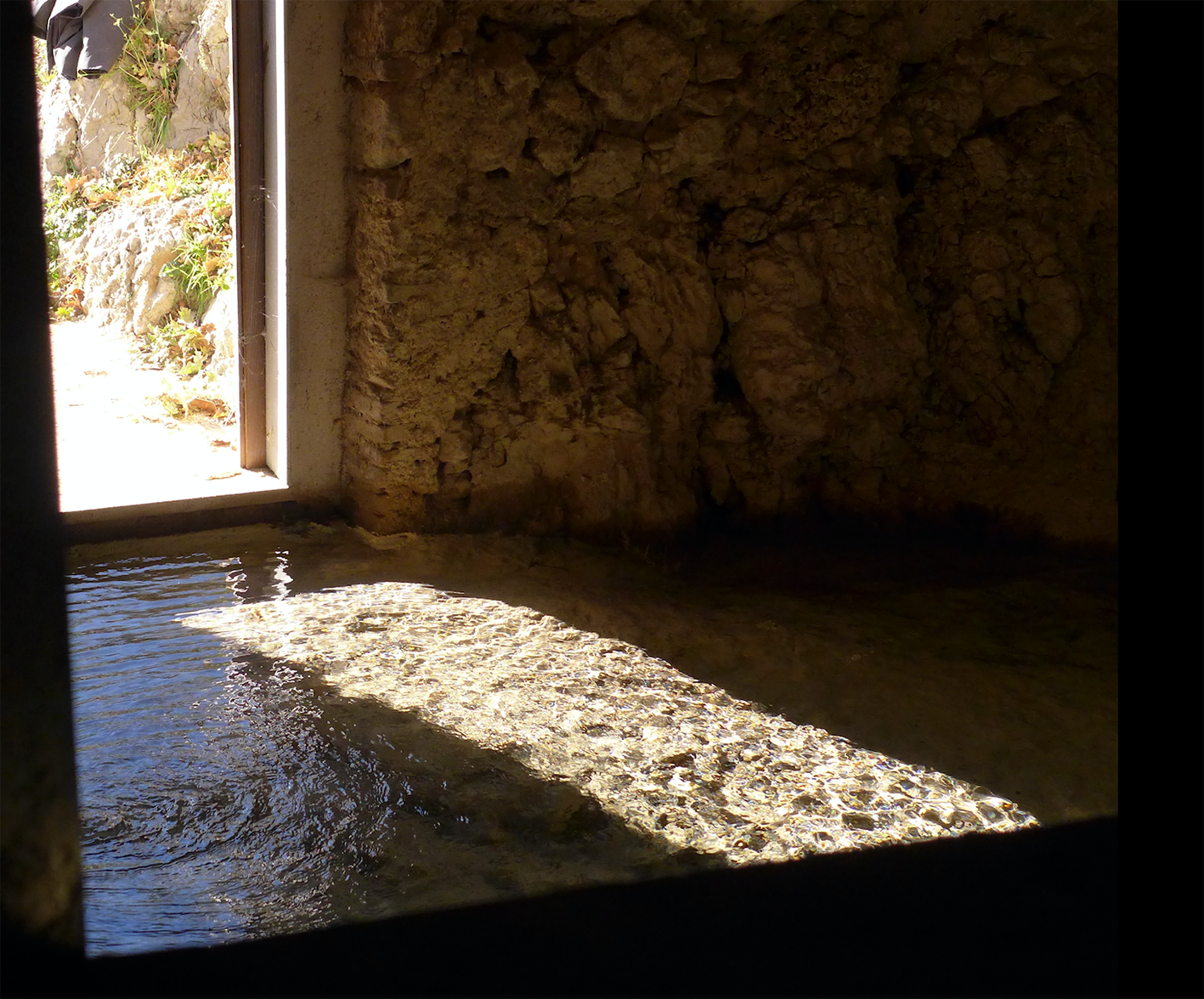 Here, in a vaulted room that was certainly part of the substructures of the original complex, there is the installation entitled "Commotile" in homage to the memory of water. The material of the installation is the light itself, reflected on a pool of water created by flooding the entire compartment and placing four underwater actuators on the bottom. 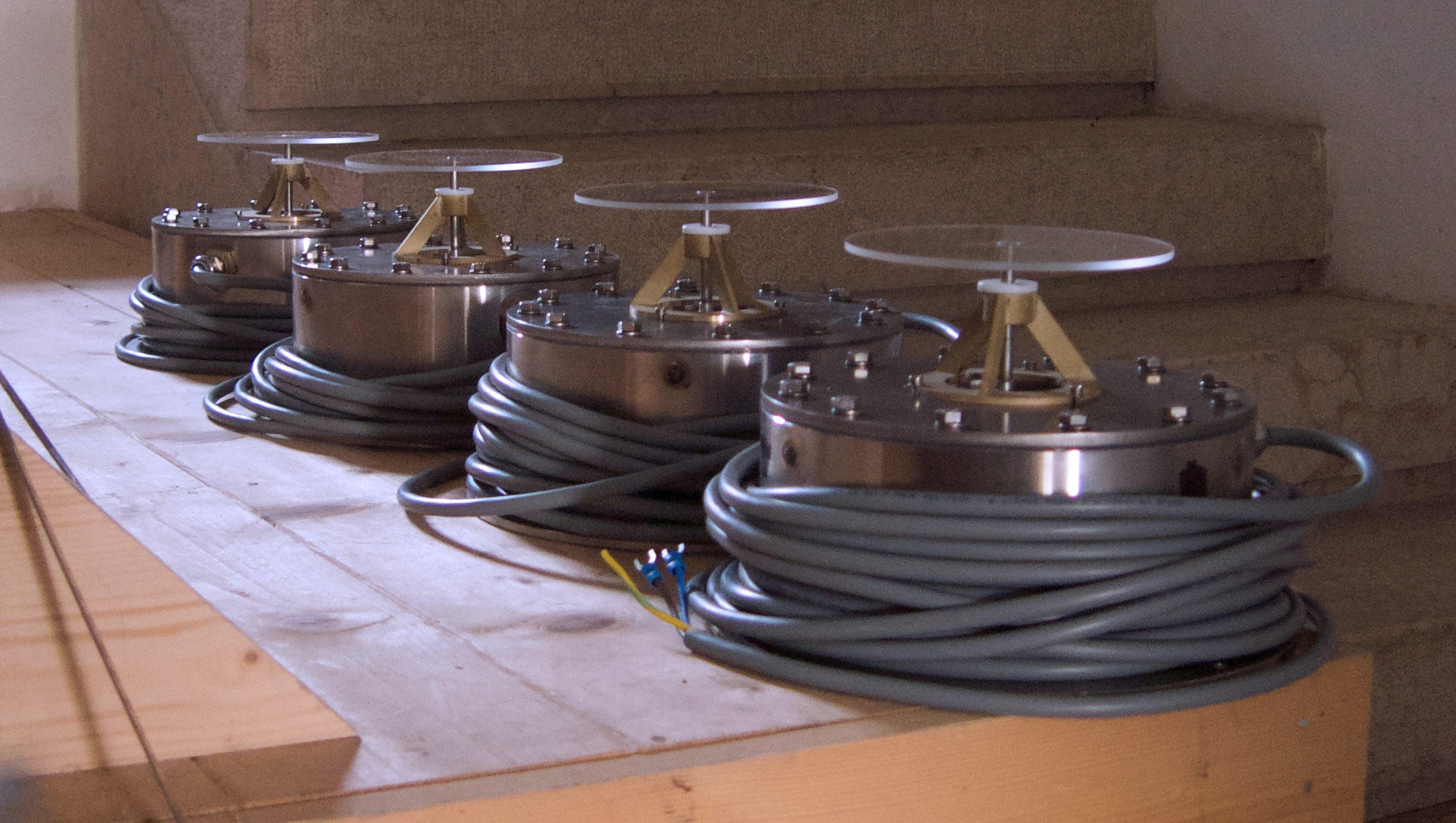 The ripples of the water surface are generated by infrasounds, not audible by the human ear, but able to move water and make themselves visible in their reflection. Contrary to what appears, the movement of water is anything but random: when certain mechanical stimuli are launched, the liquid mass will always respond, in exactly the same way and this makes it possible to give the idea a path, an evolution (see “Per Silentia”). 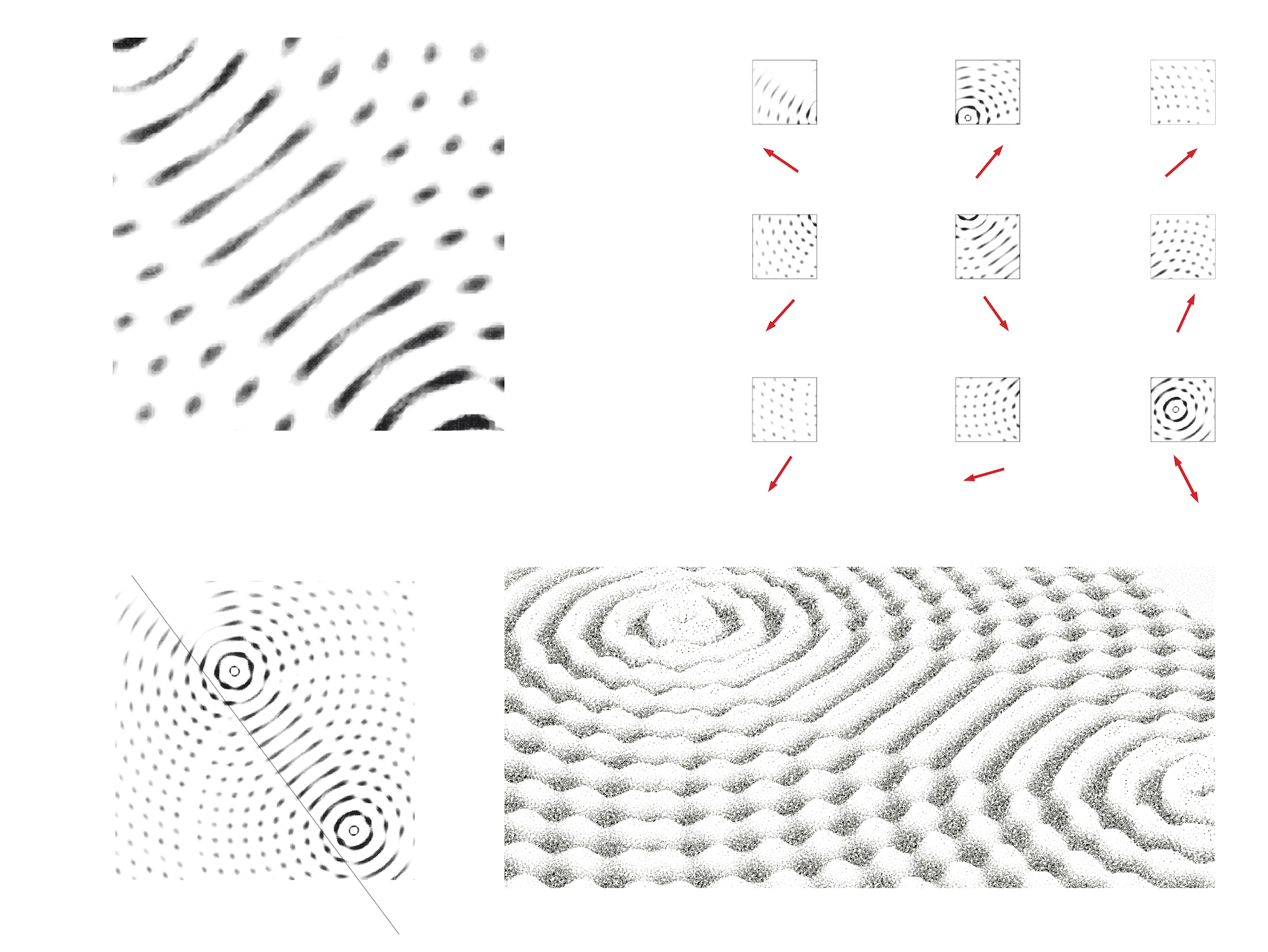 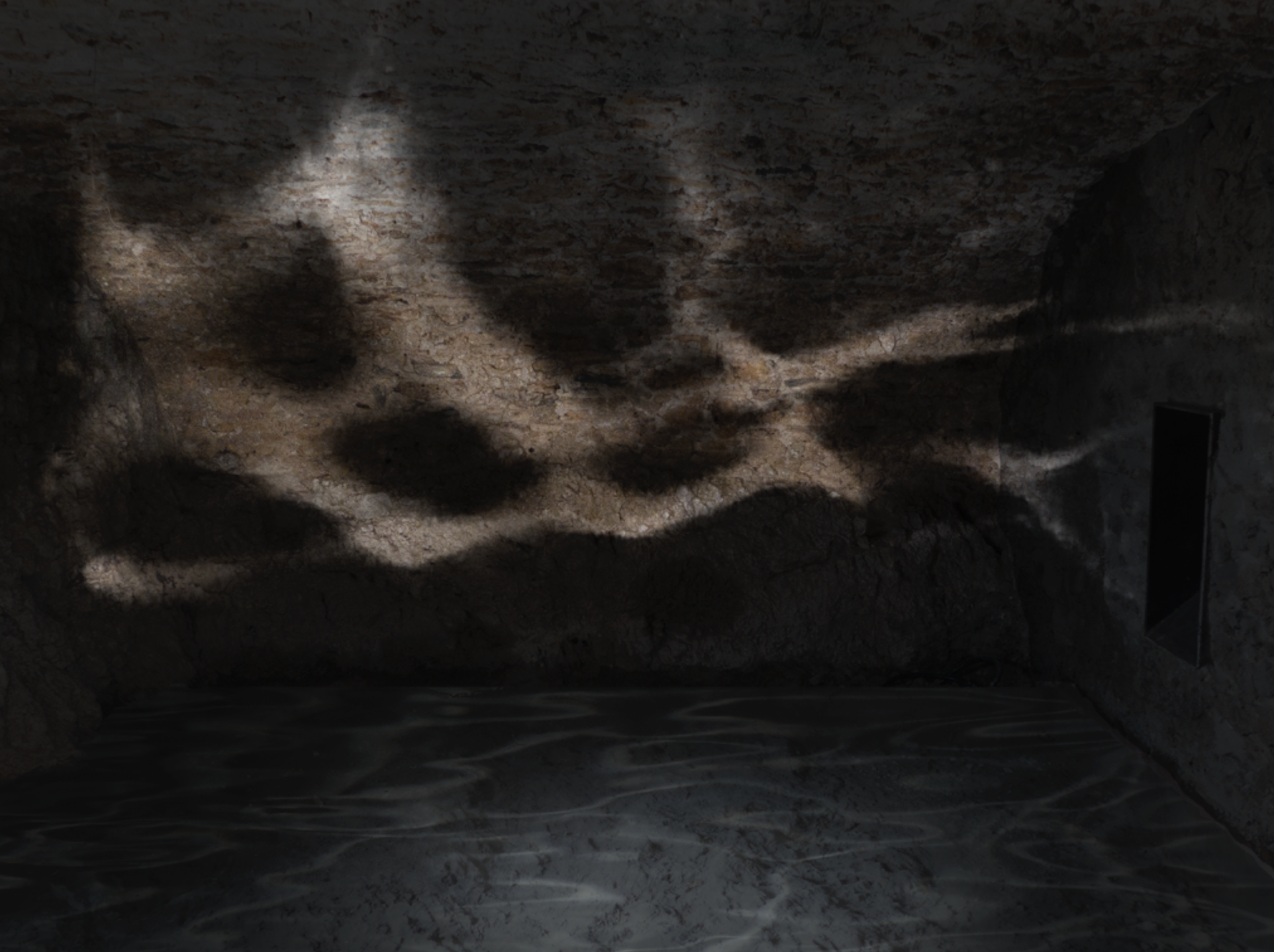